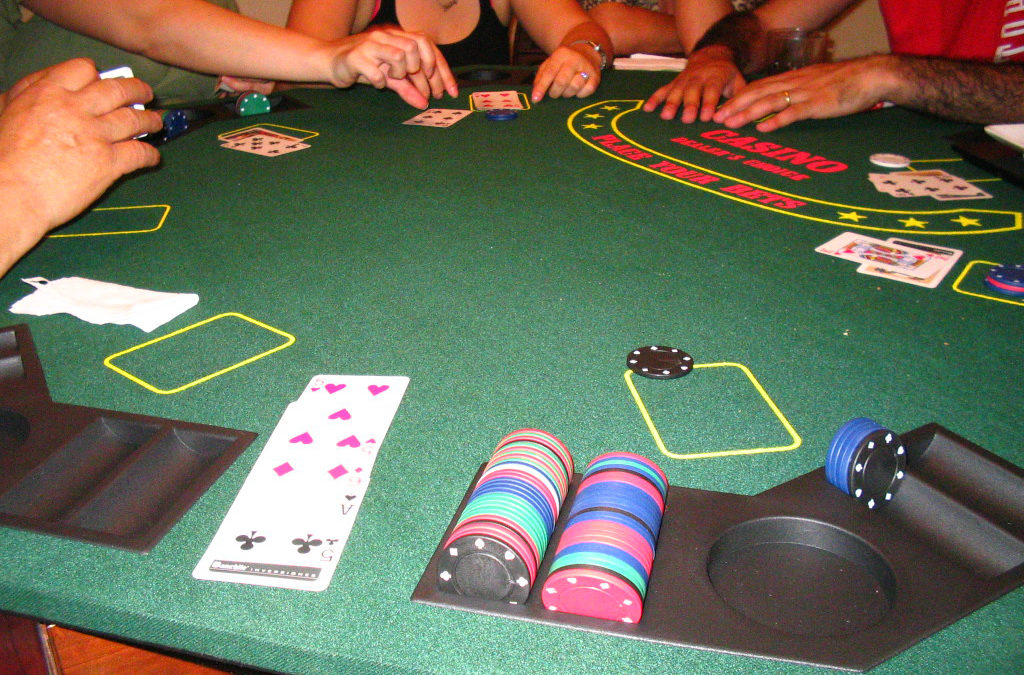 A good, basic strategy for single table tournaments is to play consistently, and only play really high quality hands in the first three rounds. After that, you can open up and play more hands and become more aggressive the higher the blinds get, and the fewer people left.

Be a player who raises, not one who calls. Remember that the one who raises has two chances to win. First, you can win a show down with the best hand, and second, if everyone folds, you can win an undisputed pot!

When your pile of chips gets smaller, five times the big blind in a No Limit single table tournament or a multi-table tournament, you should consider going all-in with any two cards as long as you are the first in the pot. In such situations, you simply bet that no one has a hand with which they can call you. If you are called and have the worst hand, you can be lucky and win with cards on the table. If you are not the first to join the pot, then you are entering a situation of automatic competition.

In the late stages of the game, when you have a large pile of chips and there are one or two hands left to take home the money, it is easy to rob players who are desperately trying to take home the money. Play more aggressively in that mode, reduce your requirements to join the hand, and pick up some extra chips!

When you have opponents who are overly aggressive, use it against them. Let them think you have a weak hand when in reality you have a strong one. Call them so that they raise. You will then have the choice to check and take advantage of their aggressiveness. If it’s a real monster, call it a second time and raise it!

Have a game plan for your tournament. Decide if you are going to start playing tight in the early rounds, or if you are going to play fast and collect chips early. Think about adjustments you can make if you run out of chips if you get a big pile, or how to adapt to different types of opponent styles. Be prepared for everything!

When playing, always observe your opponents and pick out those who defend the blinds, and those who do not. The higher the blinds, the more valuable this information becomes. Remember that tight players are easier to rob. Be prepared to take advantage of them.

Save the best for last. Play your own tournament! That’s right, your own little competition that starts and ends whenever you want. You are the tournament leader and can play any type of poker you want. Join the smallest game you can find. The rounds last 20, 30, 40 minutes, as long as you want, so set an alarm clock. When the bell rings, you must get up and go to the next game with the highest stakes. Keep going and see how much you can collect and how far you can go. Go to the biggest game and you will win the trophy. In this tournament you can of course stop whenever you want and redeem your chips. Good luck!

Where to Play Online Poker Games